The Health Benefits of Chocolate – Since well before its introduction to western consumers in the sixteenth century, cocoa and its most popular derivative chocolate have long been used as therapeutic and medicinal remedies. Whether it was Aztec shamans using cocoa as a divine potion, or later aficionados praising its heart-strengthening and restorative qualities, cocoa and chocolate have always been regarded as considerably more than simple snacks or drinks.

Perhaps the world’s first ‘functional food’ or nutraceutical, the twentieth century has seen the development of some widespread myths and misunderstandings surrounding both cocoa and chocolate. Chocolate is said to trigger migraines or tension-type headaches. In fact, it does not. Recent research shows headaches and chocolate consumption to be unrelated. Neither does chocolate cause tooth decay, it actually clears the mouth relatively quickly and studies show that some of the compounds in chocolate may help prevent bacterial attacks on tooth enamel. There are those who claim that chocolate is addictive, either because of its caffeine content or because of a combination of some of the other compounds it contains. This is incorrect. The levels of caffeine or other pharmacologically active constituents of chocolate, such as theobromine, are not sufficient to satisfy a chocolate craving. People crave chocolate for a very simple reason — its taste. There is no link between acne and chocolate. It does not raise cholesterol levels as part of a balanced diet; on the contrary, dark chocolate is almost cholesterol free and although some consider it a commonly allergenic food, one recent study found that only one in 500 of those who considered themselves allergic to chocolate actually were. It appears that far from being the cause of any addiction, decay or dietary deficiency, the only thing chocolate is guilty of is being a delicious all-round sensory experience.

The good news does not stop there. Research into the nutritional and chemical properties of chocolate has intensified over the last two or three years in the wake of several studies that suggest that as well as its sensory impact, chocolate can actually have a positive impact on nutrition and health. A report from Harvard University found that people who eat sweets, including chocolate, appear to live almost a year longer, on average, than those who do not.
Ongoing studies into heart disease, which linked the consumption of certain teas, red wine and fruit and vegetables with a reduced risk of cardiovascular problems, now associate this reduction with the polyphenol content of those products. Polyphenols are an anti-oxidative group of phytochemicals, that is, an antioxidant variety of the naturally occurring chemicals found in all plants, including cocoa. The presence of polyphenols in chocolate is well documented, but studies had previously focused on the role they played in flavor and color development. With all the positive benefits being associated with polyphenols in other foods, the chocolate industry re-examined these compounds in order to investigate the possible health benefits that they may present for cocoa and chocolate consumers. It has since been confirmed that cocoa beans not only contain very impressive quantities of natural polyphenolic antioxidants but, perhaps more importantly, the preliminary findings indicate that such levels may carry with them real, substantive health benefits for chocolate lovers.

Studies from the University of California in the USA and the University of Buenos Aires in Argentina indicate that the high levels of polyphenols in cocoa and chocolate may have a favorable impact on the risk factors associated with heart disease. They confirmed that the amount of antioxidants in the bloodstream increased within two hours of chocolate consumption by healthy men and women and that the heart may benefit due to a reduction in the reactivity of blood platelets. The reactivity of blood platelets promotes the phenomenon of blood clotting and many doctors recommend that patients at risk of heart disease take aspirin to mildly inhibit this clotting. These latest findings suggest that the antioxidant polyphenols in cocoa and chocolate can have a similar beneficial effect and inhibit the capacity of blood clotting, thereby reducing the risk of cardiovascular disease.

Contrary to some beliefs, far from having negative health implications, chocolate can actually be considered a beneficial element of a well-balanced and nutritious diet, that is, one containing a wide variety of foods and one where total caloric consumption is in balance with caloric expenditure. And it doesn’t taste too shabby either! 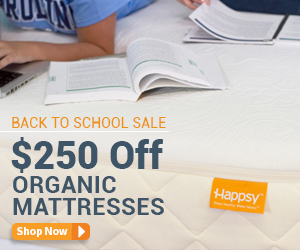